Almost 3500 kg of highly enriched uranium (HEU) has been removed from research reactor sites around the world over the past few decades, thanks to efforts supported by the International Atomic Energy Agency (IAEA). Seventy-one research reactors have been converted to use low-enriched uranium (LEU) fuel since 1978. Conversion of such reactors to use LEU reduces the proliferation risk presented by HEU. 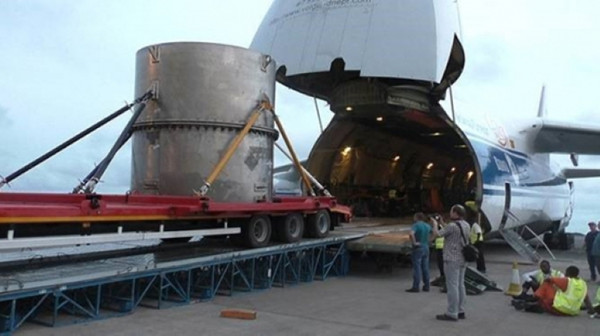 Most of the world's research reactors were built in the 1960s and 1970s using technology that required HEU to perform experiments. Much of this research can now be carried out using LEU, of which uranium-235 accounts for less than 20%.

"The international community has successfully provided technological solutions for converting HEU fuel to LEU fuel in research reactors," Thomas Hanlon, IAEA nuclear engineer expert, said. "The trick is to do this without compromising the scientific research."

Although 71 research reactors have been converted to LEU and a further 28 that were HEU-fuelled have been shut down, 72 are still powered by HEU. In many cases, this is for scientific reasons, the IAEA said.

"It takes a lot of creative engineering to figure out how to achieve a similar capacity for the reactor, using LEU in the same space initially designed for HEU," Hanlon said. "It's a bit like trying to make a cup of espresso of the same strength you're used to, using the same amount of liquid in the same container, but with fewer grains of coffee."

The IAEA featured the move towards LEU-fuelled research reactors in an article first published in November last year, in which it highlighted its support for the conversion of reactors in Ghana and Nigeria, and the repatriation of HEU from Chile to the USA.