A key hot performance test was conducted on unit 5 of the Fuqing nuclear power plant in Fuzhou, East China°Øs Fujian province on March 2, according to a statement from the China National Nuclear Corporation.

A total of five nuclear power units adopting HPR 1000 technology are under construction at home and abroad by CNNC. The safety and quality of projects are in a well-controlled state, according to company officials.

The hot performance test is designed to increase the temperature of the reactor coolant system to thermal shutdown conditions, through the operation of the main pump and electric heater of the regulator -- and to perform a series of commissioning tests and periodic tests on specific test platforms.

This stage simulates the various thermal working conditions of the nuclear power plant as much as possible. It verifies whether the reliability and related parameters of the nuclear island and conventional island equipment and systems in the hot state meet the design requirements.

Officials said that following the series of tests, the performance was verified to meet design requirements.

To ensure a smooth performance in the hot performance test, comprehensive preparations were made, including personnel, technologies, documents, materials and high-risk commissioning tests, officials added. 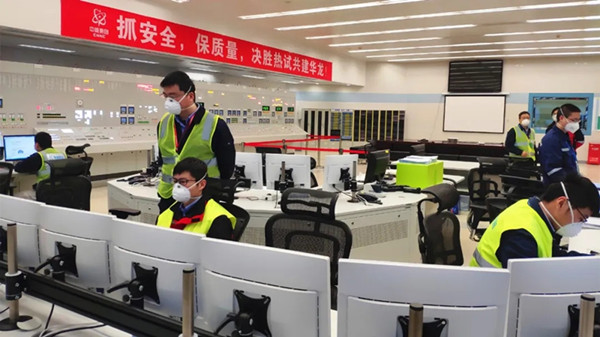 Staff members prepare for the hot performance test of unit 5 of the Fuqing nuclear power plant in Fuzhou. [Photo/CNNC] 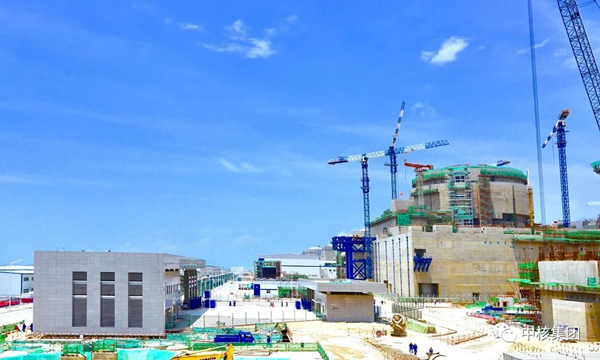